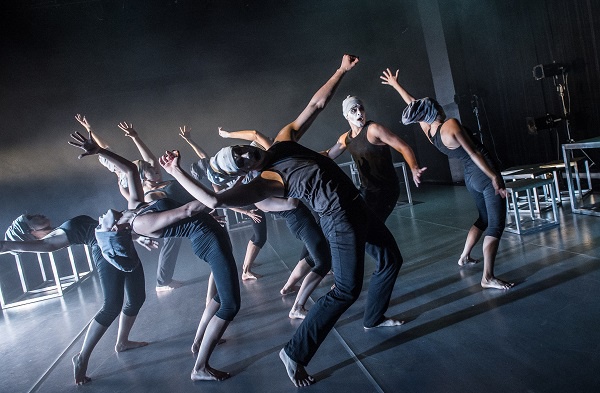 The Janáček Academy of Music and Performing Arts in Brno was founded on 12th September 1947. It followed the organ school (founded in 1881) and the Brno Conservatoire (founded in 1919). The establishment of the Academy came as a result of lengthy efforts to build on Leoš Janáček’s artistic legacy. In 1959, the government abolished the division of JAMU into faculties.

Today the Theatre Faculty is a dynamically-developing part of the Janáček Academy of Music and Performing Arts in Brno. Its role is covered in three major areas – pedagogical, artistic and academic. Since the Janáček Academy is a university-type of college, the faculty’s long-term priorities include academic work and research, theoretical reflections on artistic work and major publication activities.

The highest representative of the faculty is the dean. Since 2016 Petr Francán has held this post. Czech colleges of higher education are traditionally independent of the state and their academic freedom and rights are guaranteed by law. These include the freedom of academic work, research and artistic work. The central self-governing body of the faculty is the nine-member academic senate which is elected from the students (3 representatives) and teachers (6 representatives) of the faculty. Among other things the senate elects the dean, approves internal regulations, annual reports and the distribution of the college’s finances. Studies during the standard period of the study programme are free as at all state colleges of higher education in the Czech Republic. The Janáček Academy is being financed by subsidies from the state budget. However, an important source of finances are academic, art and development grants. The studies at the Theatre Faculty are three-cycle and are evaluated according to the ECTS classification scale, in accordance with the Bologna Declaration. The standard time for the Bachelor’s study programme is three years, two years for Master’s and four years for PhD. On the other hand, drama and musical acting programmes have the form of four-year non-follow-up Master’s study programmes due to the specific nature of these fields. The standard study form is full-time, although some of the Master’s and PhD study programmes can be studied in distance-learning programmes. The Theatre Faculty has state accreditation for 15 study programmes in the fields of drama and dance. The teaching language of the Theatre Faculty is Czech, although the Slovak language is also common due to the language and historical proximity of the Czech and Slovak republics and the number of students coming from the Slovak Republic. However, the number of seminars, projects and conferences where the principal communication language is English is on the rise with the continuing internationalisation of the faculty and growing number of foreign students. Foreign students studying under the Erasmus Programme are taught exclusively in English.

Teaching at the Theatre Faculty is organized in the form of studios and each student receives individual care and support for the development of his or her talent during the entire length of the study programme. Each studio is led by an eminent arts personality that shapes the contents and structure of teaching in a particular field. The specific nature of arts education is individual to each student and involves an intensive contact between students and teachers and among students themselves. This is made possible by the relatively (compared to other general higher education institutes) small number of students in each year and in each studio. Projects and workshops, led by successful personalities with practical experience, form an important part of the study programmes, in addition to studies abroad and the creative stays of students and teachers in various Czech and foreign cultural institutions. The Theatre Faculty of the Janáček Academy has endeavoured to be a creative space opened to various artistic expressions and personalities. In the long term, it proves that from the pedagogical, artistic and academic point of view it ranks among the most distinguished Czech colleges of higher education. It deliberately fulfils Janáček’s vision of a prestigious art school in the exceptionally-creative environment of the City of Brno and is aware of its responsibility for the present and future forms of Czech and European arts and entire cultures.